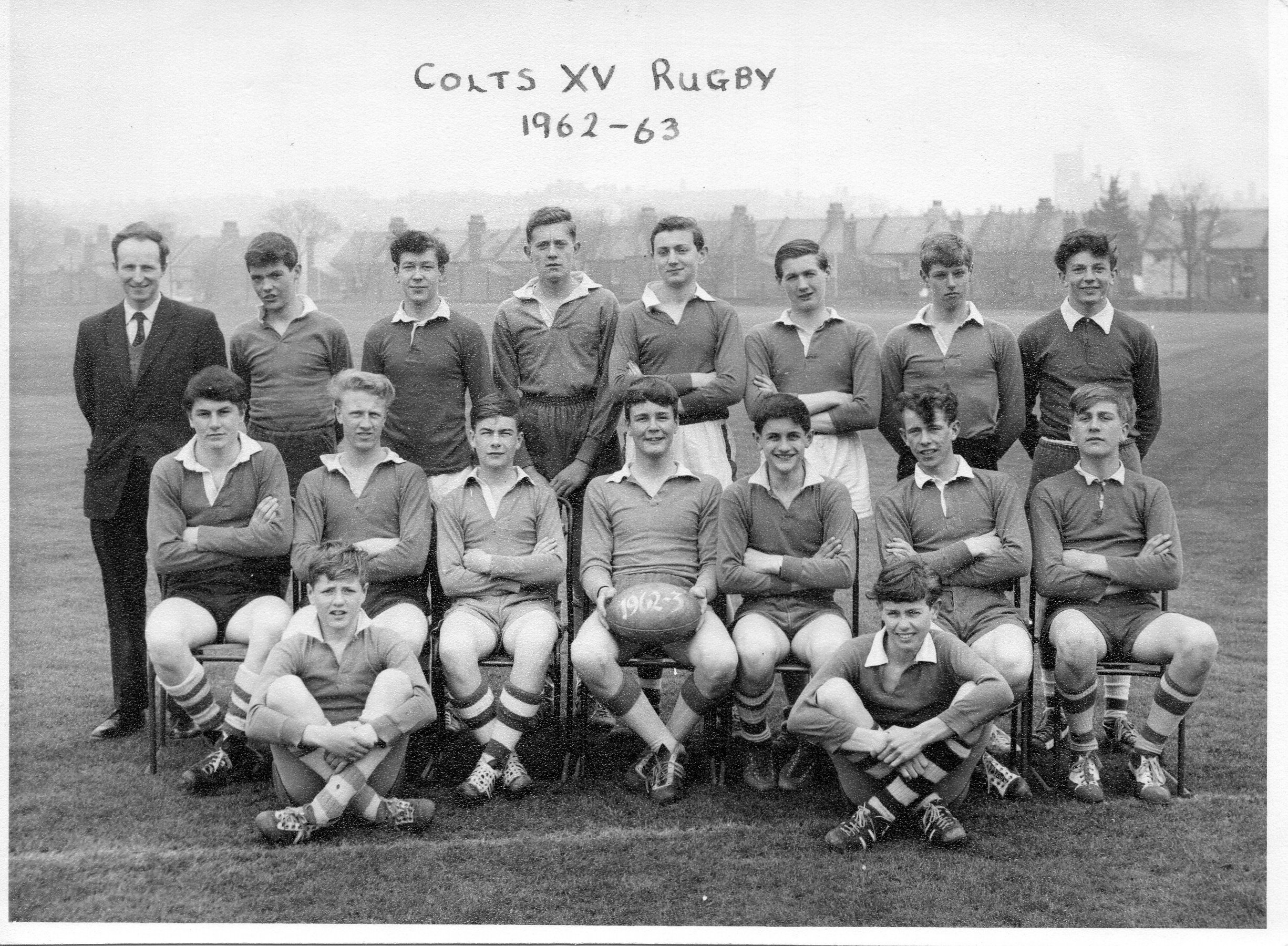 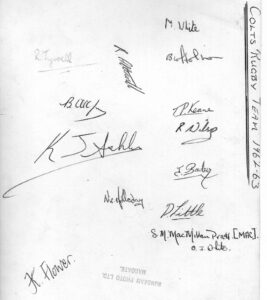 Many thanks to Terry Keane who provided this photograph of the Colts Rugby XV from 1962-1963.

The reverse of the photo provided some autographs from the esteemed players.

Middle row from left: not sure, then S MacMillan, Nic Holliday, Ken Ashby, Barry Allfry, not sure, R Tyrell, at front Ken Flower and on the right not sure.

Further contributions would be welcome!