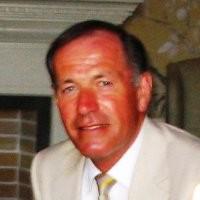 Pete Somerfield has just informed me of the recent death age 71 of retired Wing Commander John Gritten, who succeeded me as Head of School in 1964/5. The notice was in the Daily Telegraph mid-April. Whilst I don't think that I had seen him since I left school, Pete came across him occasionally when he was in the RAF.
I remember John as a very pleasant chap and a first rate athlete and games player. He died in Scotland where I think he did most of his RAF service.
In recent years he appears to have been involved with motivational matters including the training of staff for companies running prestige trains like the Orient Express.
John Stroud
1,153 views