If you know anything about these guys, names, dates etc then please add a comment or email editor@oldruymians.co.uk. Thank you 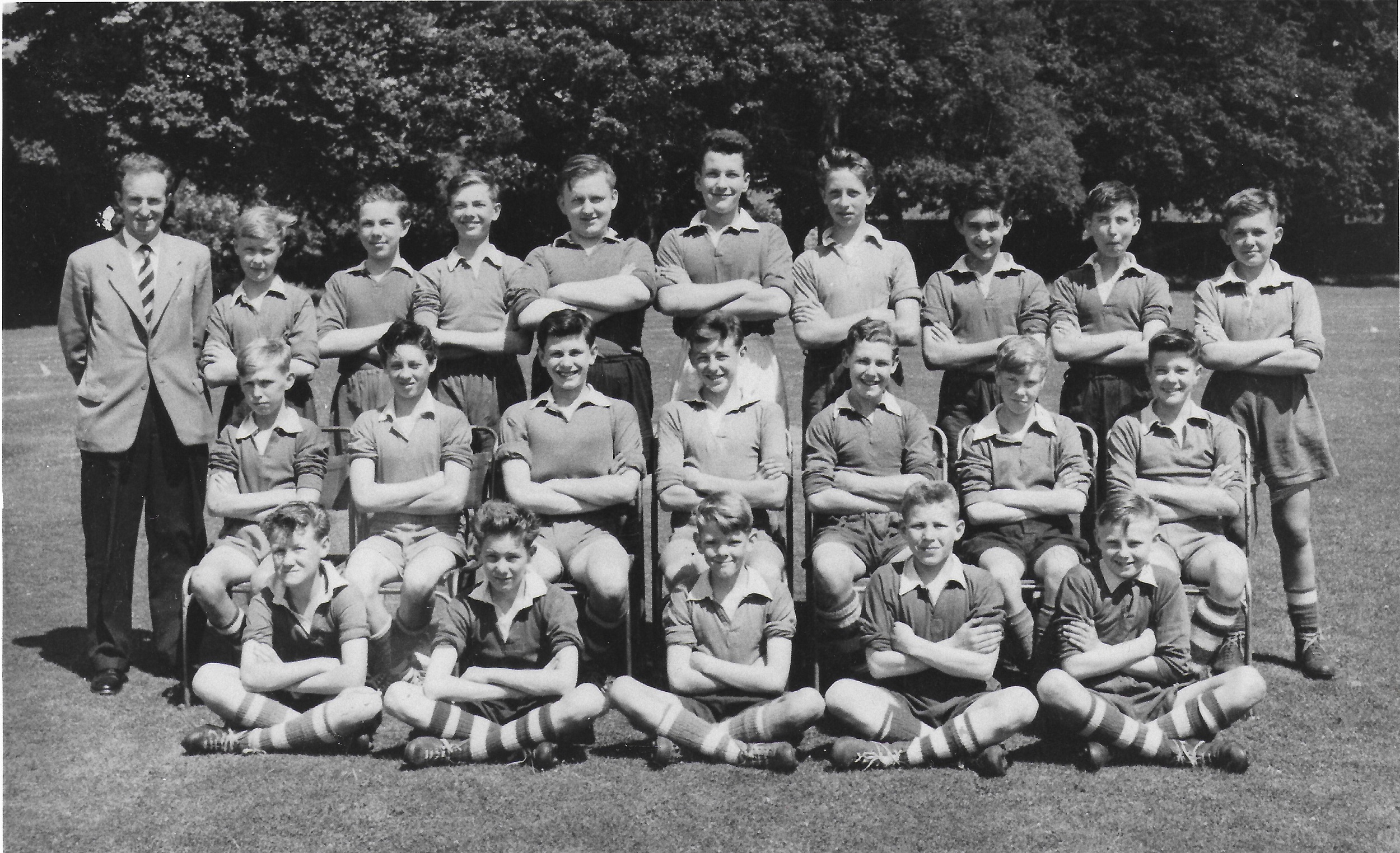 "In rugby photo one name stands out Ian Jenkinson, second from left sitting. A great rugby player , played for wanderers  but was unfortunately killed in a white water accident in America."

John Stroud added:
Hardly any of this is my own work and I have relied heavily on the long memories of my old friends and contemporaries Pete Somerfield and Derek White who both appear in the photo. The line up is as follows which we think is correct:-

I have discovered a copy of "Ruym" for 1959 deep in a cupboard at home which states that the Feathers XV "under the captaincy of Jarrett had a most successful season. The backs played good open rugby and Smith impressed with his speedy and powerful running scoring many tries. He also proved an efficient goal kicker. The pack played their part well in both tight and loose scrums and were ably led by Parker and Somerfield. However, tackling and speedy "backing up" must be improved in all departments." Note from me here - this sounds like a typical comment from Ken Girkin!

The Feathers were we think a team drawn from mainly the 3rd form and some younger but bulkier 4th formers eg Messrs Hall and Ward.